DKH10a: Handa. Nr.32. Ca.1945-50. Price: € 3.00. This deck is ready for discarding. BUT: The first deck from Handa came in 1944, and this is the second/third version from ca.1945-50. Simple colouring. Queen of Hearts with dark hair, AND the King of Cubs with an axe, instead of the later sceptre. 51 cards+ joker, King of Hearts missing, no box. VERY VERY much dirty, broken and with rifts, – but funny/interesting: The deck has been “shaved”, i.e. sent for rejuvenation, where the corners and edges have been “shaven” clean. Therefor the rounded, irregular shape. 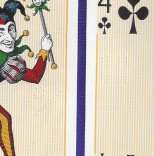 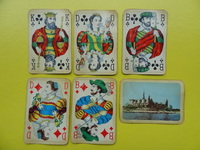 DKH16: Tourist-series, Kronborg. Price: € 2.00. The company Handa in all published 10 decks with tourist motifs = Danish castles and the like. Most are from the 50s. The design was of three different kinds, + several variations. This is with the standard Handa pattern. 52 cards, no joker, no box, worn.     . 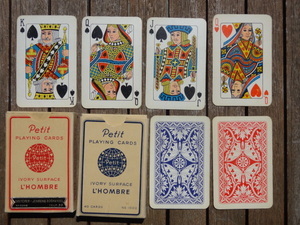 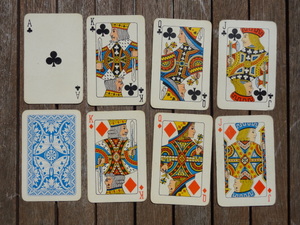 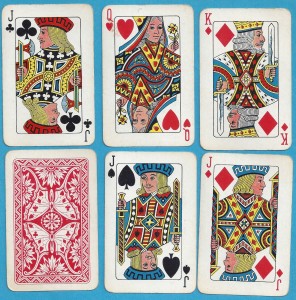 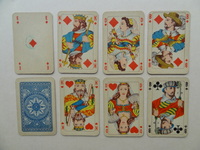 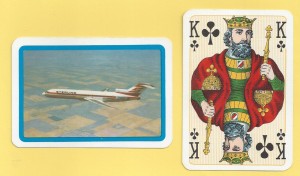 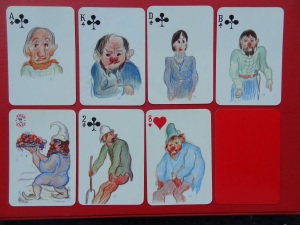 DKH63: Axel Ørn. 1965. Price: € 20.00. Special product, privately designed, by Handa. It came with either a red or a black reverse, in very limited amount. All cards are illustrated by the artist. Unused deck, no box, 1 joker. 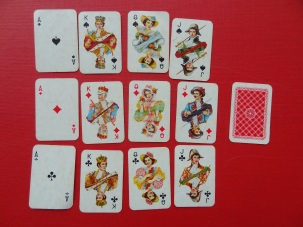 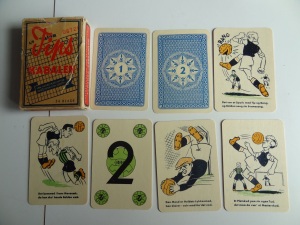 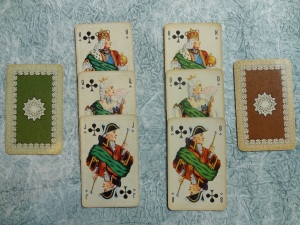 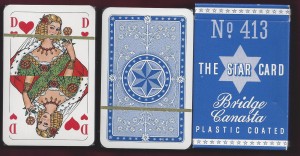 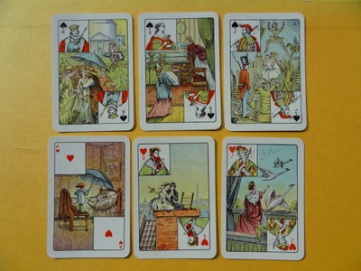 DKH122: H. C. Andersen. ca.1955. Price: € 20.00. With the well known drawings by Vilhelm Petersen. This game is INCOMPLETE. Of the more important cards the King of Hearts and the Ace of Spades are missing, and of the 36 other cards there are only 20. On the other hand: The cards are all mint/unused. The collector of these cards originally had them directly from Handa, as surplus cards from the production, – for which reason there are number codes on some of the cards. I have duplicates, but have here assembled as many different cards as possible.